Wayne Mixson was a founding member of the club and served on the Board for at least 20 years and as a former Governor and Lt. Governor of Florida is very well known among the club membership.

Wayne led with exceptional ideas and contributions to the club and had been vigilant in pursuing better ways to improve the club’s image and delivery of programs. We know of no public official with more integrity than Wayne Mixon. Even as a public servant he thought and acted as a business owner and always put the people’s interest first. He was generous to a fault giving not only of his time, talent and money to the club but to other causes too numerous to mention here. Wayne’s contributions to the club are legend and to further detail them here would seem redundant.

In addition to serving his country during WW Il in the Navy, he served six terms in the Florida House of Representatives and was a graduate of Columbia University.

“Governor Wayne Mixson was a humble servant leader. Few could match his intellect, energy or high character. He is irreplaceable, but forever memorable, and will remain in the hearts and minds of his friends at the Ecocomic Club of Florida forever. When you see an orange and blue sunset know he is near. God Bless The Honorable Wayne Mixson.”
–Cindy O’Connell, Chair

“Wayne Mixson was genuine. A leader in many endeavors and organizations, he created his impressive legacy without pretense or self-indulgence — and with a delightful, infectious sense of humor. I had the great privilege of working closely with Wayne for many years in both the Economic Club and in formation of the Community Foundation of North Florida 20 years ago. He often left the limelight to others, but Wayne’s intelligence, influence and judgment contributed immeasurably to those organizations and many others. Above all else, he was a treasured friend.”
–Carrol Dadisman, Past Chair

“Governor Wayne Mixson was an incredible, selfless statesman to whom Tallahassee owes a great deal of gratitude for his important work to help build the state of Florida. He was an active member of the Florida TaxWatch board and holds the title for most good, least harm done to the taxpayers of Florida, during his ‘fully packed’ 3 days in office. Wayne was a man of integrity, sincerity and passion who will be greatly missed and never replaced”
–Domininc Calabro, Past Chair 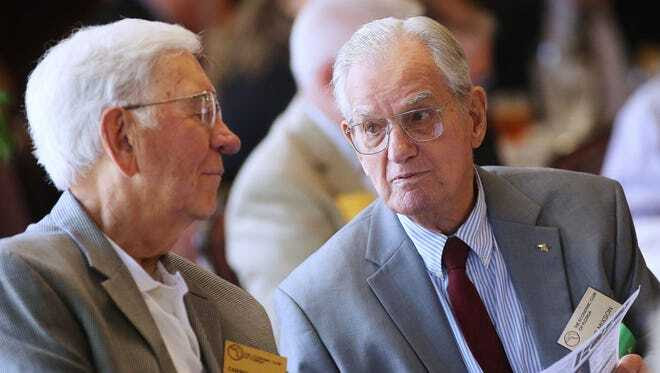