Alberto Ibargüen, CEO of the John S. and James L. Knight Foundation discusses its recent $300 million commitment to local news coverage, before an October 8, 2019 luncheon meeting of The Economic Club of Florida. 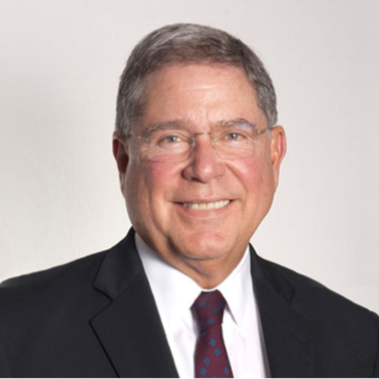 The John S. and James L. Knight Foundation promotes informed and engaged communities to ensure democracy.  Its work focuses on journalism and free speech, arts, and culture that bind people to place, community engagement, and the use of technology.  Its most recent effort is a $300 million commitment to save local journalism in the communities in which the Knight Brothers once owned newspapers, including Tallahassee, Florida.  The five-year initiative will fund projects that reimagine local news, including both profit and nonprofit organizations that inform communities.

Ibargüen said the foundation doesn’t tell media outlets that receive funding what stories to cover, describing it as directive but not prescriptive in how outlets go about informing their communities.  “We are social investors and expect a return on the social investment through solutions and solutions-oriented journalism,” he said.  He noted that our 18th century model of government is based on an informed citizenry, from the smallest towns to the biggest cities.  “But we have a 21st century of digital communications that isn’t connected well,” he said.

On bias in the news media, Ibargüen told The Economic Club of Florida members that bias has always existed in news coverage.  What’s missing in the decimation of today’s newspapers is what he termed the “safety net” of well-trained assignment editors and reporters, savvy copy editors to catch news copy that doesn’t ring right, and legal teams reviewing stories to catch errors.  “So what do we do?  Well we have to start looking at not just what’s the new medium, whether it’s video or something else, but what is the new way of structuring the business so you can afford to have the structure that corrects for human error, for human foibles?  The Knight Foundation is looking for those structures that will support the kind of reporting we can all be proud of.”

The Economic Club of Florida podcast, provides an extended platform for discussion to educate, engage, and empower citizens on important economic, political, and social issues. Based in Tallahassee, Florida, the Club has featured distinguished speakers on engaging topics of national importance since 1977. To learn more, including how to become a member, visit www.Economic-Club.com or call 850-906-9226 or email mail@economic-club.com. Date of recording 10/8/19. © Copyright 2020 The Economic Club of Florida, All Rights Reserved.